Big Brother is watching your wallet 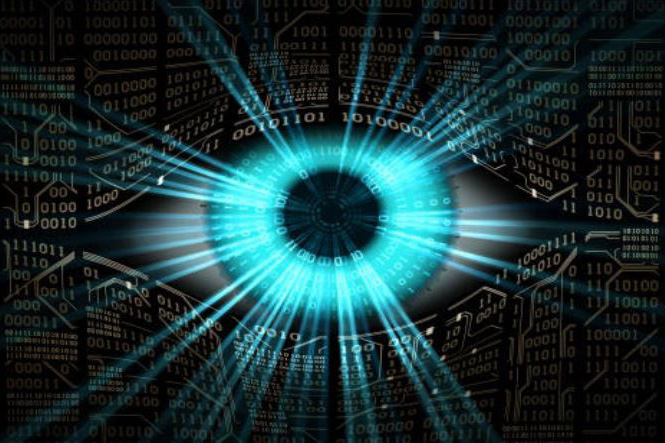 It is a bright, cold day in April 2040, and the clocks are striking thirteen. Citizen Smith swipes his Universal Card (UC) to leave his communal living area and heads to the nearest State market. He browses the meat counter, but when he taps to pay, his UC informs him he’s reached his maximum monthly carbon allocation. At the same time, his health app pings to alert him that he’s close to his weekly allowance for saturated fat; if he buys that steak, his health insurance premium will jump. He heaves a small sigh and crosses over to the vegan store to stock up on lentils.

Dystopian fiction? A vegan sequel to 1984? Neither. This level of constant, intrusive surveillance is where we’re all headed - and if you don’t believe it, you’re not paying attention.

What kind of world are we blindly stumbling towards? How will democratic governments compel us to surrender our privacy? And is there any way we can achieve an alternative future where freedom reigns again?

Governments (including and especially democracies) are addicted to data. They seize any opportunity to surveil their citizens and - as we explored in our last blog - they always find a "liberal" justification for doing so. We accepted ubiquitous CCTV because we were told it helps fight crime; similarly, we’ll slavishly submit to personal carbon credits because, after all, “everyone has a role in protecting the climate”.

Authoritarian states have always attempted to build a detailed picture of their citizens. The Stasi, operating in a decidedly analogue world, amassed over 100 kilometers of files on East Germans. Until the arrival of digital money, liberal democratic states could only dream of gaining such granular information, because they govern by citizens’ consent.

If the dark dream of central bank digital currencies (CBDCs) becomes reality - as seems likely - this problem vanishes. State-controlled digital currencies will automatically record every single transaction you make, giving governments instant insight into everyone’s most intimate data. And when your payment card is tied to your digital identity (it’s happening already in France and Canada) it opens up a whole world of sinister opportunities by bringing every conceivable document or record under that umbrella: driver's license, diplomas, medical records, internet and social media access, insurance - you name it. And not only will Big Brother be watching you; he’ll also be controlling how you spend.

It’s often said that citizens of capitalist societies are slaves to money. To a large extent, this has been the case for decades through centralized control of the money supply, and as a consequence, our purchasing power. The truth is, it’s CBDCs that will truly enslave us. We’ll soon look back on today as a paradise - when there was at least some autonomy in our financial lives.

The goal of mass surveillance is not merely to observe; it is to control. We can therefore expect to lose any or all of the following freedoms: to choose the food we consume, with digital food stamps or benefits that can only be spent on approved items; to express ourselves, with access to internet and social media linked to your electronic ID; and to travel (just look at the new digital travel ID trial which, among other things, records your vaccination status).

And why would the state stop there? When they’ve curtailed one of the most basic freedoms of all - the ability to spend your money as you wish - they’ve got you by the throat. If you have opinions deemed unacceptable by the state (such as supporting Canada’s Trucker protest), the authorities can instantly shut down your bank account. If you drive too much, eat too much meat, express a dissenting opinion - this will all be recorded, added to your social credit score, and a sliding scale of financial sanctions applied. All this will make China’s vaunted digital authoritarianism look like a dress rehearsal.

Of course, there is a highly plausible - if not more likely - alternative reality, where citizens simply opt-out of mass surveillance by adopting bitcoin. But how will it happen?

There are several potential scenarios. The worst - at least in the short term - is a sudden avalanche in which the entire fiat system unravels in a global economic crash, with hyperinflation and a total loss of confidence that will make 2008 look like a picnic. It couldn’t happen here, right?

Wrong. That’s exactly the scenario our governments are preparing for. In fact, one of the main aims of CBDCs is to control the population in case there’s a mass awakening to the failures of decades of fantasy fiscal policies. (And they dare to compare bitcoiners to those turn-of-the-century “preppers” holed up in Montana!)

That scenario depends on the population achieving sudden enlightenment. In the absence of some mass Damascene conversion, it’s more likely that we’ll gradually shift to a multipolar world in which “developing” countries will gain revenge on the countries that once colonized them by opting out of the failing fiat system. Basing their economy on currency that won't be inflated, and won't be surveilled, will immediately attract a huge influx of people, businesses and capital which value freedom. If they seize the bitcoin opportunity, these contemned, “tinpot” little nations will become the Singapores and Dubais of the 21st century.

If that sounds fanciful, remember that dictatorships only survive as long as people feel they have no choice. The Berlin Wall, the Soviet Union’s travel restrictions: they were designed not just to keep people in, but also to hide the fruits of Western capitalism from the enslaved population. When people can see over the Wall, and when they have the freedom to move, they vote with their feet.

So, when life in the West starts coming on a little 1984, what would you do? Allow yourself to be monitored, censored, and financially controlled in a giant, digital open prison? Or will you simply flip Big Brother the bird and migrate to money that only you can control? It’s a question that billions of people will soon be asking and answering themselves.