The problem with living in a looking-glass world is that you start believing you can make things true simply by asserting them. 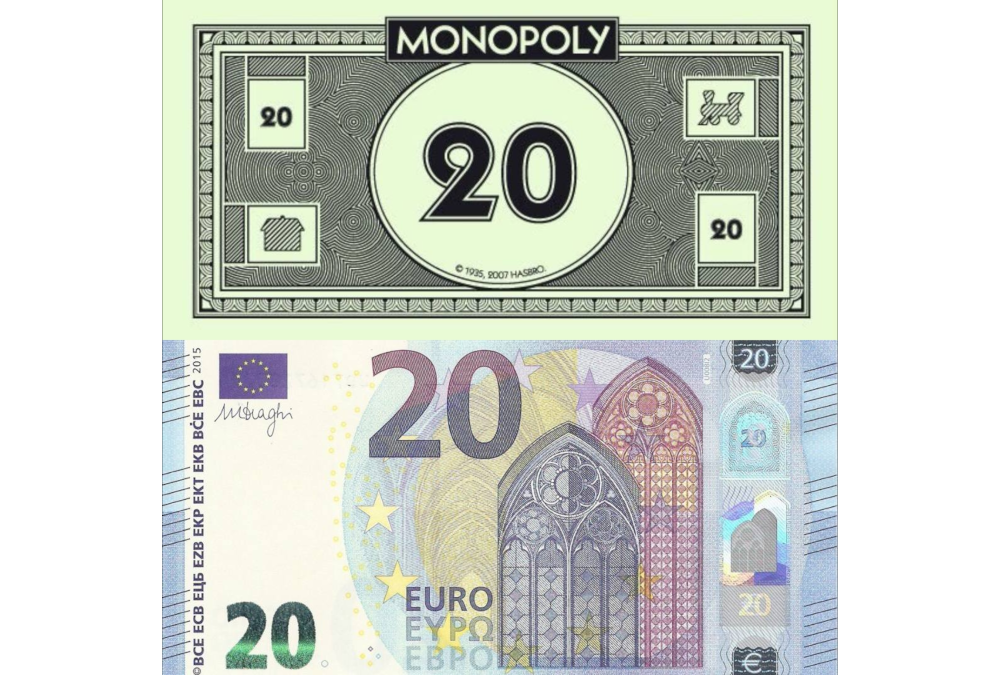 Like Lewis Carroll’s White Queen, the guardians of the fiat economy have always been capable of believing several impossible things before breakfast; not least, that there are no losers in an economy that depends on a constant expansion of debt. But the problem with living in a looking-glass world is that you start believing you can make things true simply by asserting them.

Take Jamie Dimon’s recent comments about Bitcoin. Last month, the chairman & CEO of JPMorgan Chase cast doubt on Bitcoin’s supply cap. “How do you know it ends at 21 million? You guys all believe that?”

It’s revealing that Dimon frames the question in terms of ‘belief’. We don’t ‘believe’ in the price cap — we can prove it, as can anyone who bothers to buy a node and verify the entire network themselves. (Protip, Jamie: try https://mynodebtc.com/.)

Bitcoin’s hard cap stands in stark contrast to that most movable of feasts, the US debt ceiling, which has risen a whopping 78 times since 1960. With Congress once again having the same issue, now is the perfect time to explore why fiat is eternally fated to inflate...and why ordinary people are losing faith in the impossible.

If you’ve ever daydreamed about eliminating the national debt with the wave of a magic wand, you’re not alone. During the US debt ceiling crisis of 2011, a fantastical thought experiment emerged. What if the Treasury minted a coin with a face value of one trillion dollars and “distributed” it to the Federal Reserve?

It sounds comical, worthy of Wonderland...but it took two years for the Treasury and the Fed to reject the idea. But it’s not as ridiculous as it sounds — at least, not in the upside down world of fiat. In reality, the problem with the trillion-dollar coin is that it’s simply too obvious. Why give the game away when there are other, subtler and long-established means of creating magic money?

Fiat is, and always has been, almost infinitely malleable. As Richard Werner illustrates in this fascinating Rebel Capitalist podcast, governments have been manipulating currencies for centuries. When the UK declared war on the Central Powers in 1914, British bankers warned that they couldn’t lend the government any money because so many of their financial interests were based in Germany and Austria-Hungary. The solution? The government simply bought the now-worthless foreign assets from the banks at face value.

We’ve seen many variations on this theme in the century since, including after the 2008 crash when governments used taxpayers’ cash to buy up toxic assets, or even entire banks. Why mint a trillion-dollar coin when you can call it quantitative easing, and baffle people so much they don’t notice they’re getting poorer.

The levers of power

How do governments and central banks get away with it? The big reason — apart from cloaking inflationary policies in euphemisms — is that it happens slowly. Like the proverbial boiled frog, we don’t notice inflation eating away at the value of our wealth. Yet the fall in fiat’s value is relentless. To take just one example, look at the purchasing power of the British pound. A pound today buys only 0.42% of what it bought in 1751, and the lion’s share of this decline occurred in the 20th century. As Prof. Peter St Onge said, “on a long enough timeline, all inflation is hyper”.

That’s not to say inflation is never noticeable, and plenty of governments have fallen because of their failure to curb it. But what constitutes an acceptable level is ultimately a political calculation, based on what the populace will bear (or notice). The idea of protecting people’s wealth is rarely considered, and that’s down to fiat’s underlying philosophy.

Central bank currencies are controlled by those in power; manipulating their supply is an exercise in monetary, fiscal and political control. Fiat’s “philosophy” (if you can dignify it with the name) is one of short-termism: the transfer of value, ideology and power in the immediate timescale. That’s why the very last people you want holding the levers of power are those who have to stand for election every few years.

It’s easy to see how the idea of a currency that can’t be manipulated is so attractive. With Bitcoin, there are no levers to pull. It’s inflation-proof by design because, yes, the 21m cap is immovable. That alone would be enough to prefer Bitcoin over fiat as a means of protecting our wealth, but what makes it even more compelling is the wider philosophy the limited supply serves.

In a heterogeneous community like ours, it’s impossible to condense this philosophy into a pithy phrase, but Pete Rizzo’s concept of four fundamental rights is as good as any: the irrevocable right to money through holding private keys; the right to audit the money supply independently; the right to know bitcoin’s money supply and issuance policy; and finally, the right to dissent by rejecting changes made to Bitcoin’s protocol.

For thirteen years, Bitcoin has been derided by central bankers and politicians as “funny money”, forgetting that it was born out of fiat’s glaring failures; as Max Keiser put it, Bitcoin was “willed into existence to fight fiat money, fractional reserve banking and Keynesian debt-money propaganda.”

Throughout human history, there’s never been an alternative to government-controlled currency. Now, there’s a choice, and we’re about to see whose money’s really funny.