Why bitcoin saves your savings

Bitcoin is more than just an investment...it's a savings technology. 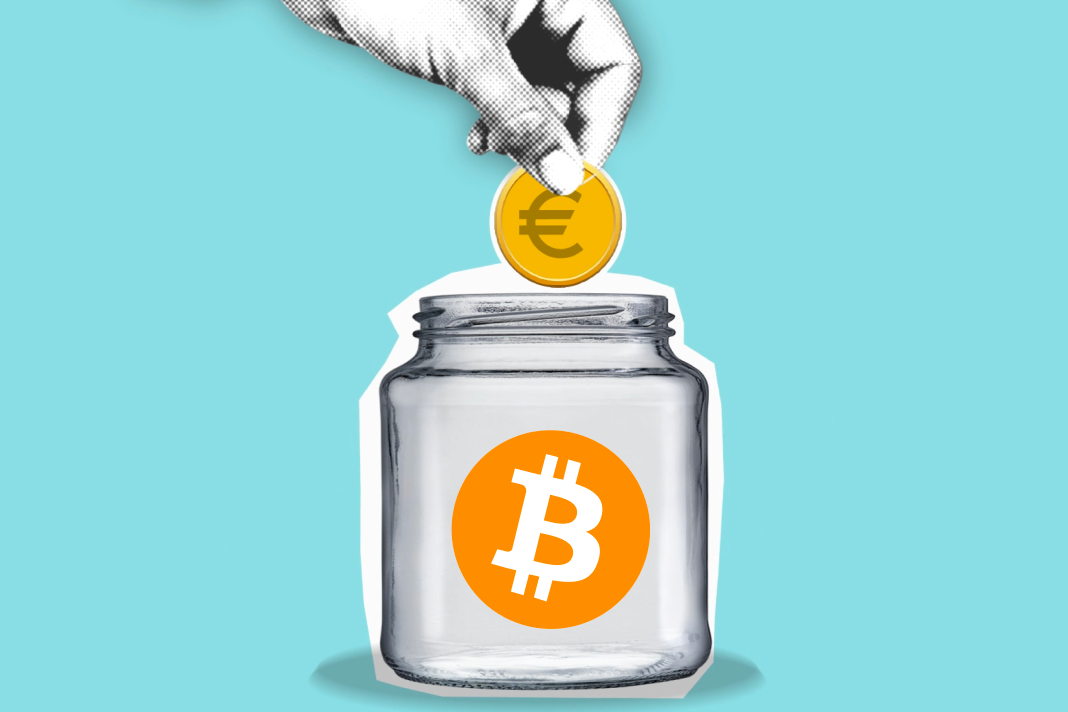 Why are you reading this? You could easily have clicked on another headline - the latest news about bitcoin’s price, perhaps - or shut down your device to play with the cat. But you didn’t. Consciously or not, you decided to invest a little time to learn something that will be profitable for your future.

There’s a word for what you’re doing right now: saving. You’re applying a resource in the present (your time) for an expected gain in the future; in this case, the wisdom to make better financial decisions. But, saving isn’t always in your control, especially with fiat money. For all the politicians’ platitudes about the importance of citizens saving for the future, the system is stacked against you - so much so that traditional methods of “saving” have become the surest and quickest ways to lose your wealth.

So, conscious that time is one of the most precious resources we possess, let’s dive in and explore how ordinary people have lost the ability to save, why this is an existential threat to society, and how we can all recapture control over our financial future.

The decline and fall of saving

For centuries, alchemists searched for the “philosopher’s stone” that would turn base metals into gold. Today, governments are doing the exact opposite by making the currency increasingly worthless through inflation.

It wasn’t always so. Successful societies throughout history knew that the secret to accumulating wealth is not to create gold, but to understand its value. It is not an accident of history that powerful, stable and prosperous nations always ensured their currency was worth something. The glories of Byzantium were built on the strength of the solidus, a coin that became common currency throughout the Mediterranean and beyond because its gold content remained steady over the centuries. Linking currency to real resources made it impossible for emperors to overspend, enforcing fiscal prudence. It was great for citizens too, because the wealth they accumulated retained its value.

History shows how societies and their citizens thrive when the currency can’t be debased. Britain was the first to adopt the modern gold standard in 1717, which it followed until 1914. (It’s no coincidence that these dates are almost exact bookends to Britain’s age of empire.) Meanwhile, the US enjoyed its own Gilded Age when it adopted gold in the late nineteenth century, as did the European Great Powers during la belle epoque.

By the same token, nations and entire civilisations fall when they dilute their currency. The absence of sound money after the fall of the Roman Empire led to a centuries-long era of reduced trade that only ended when Europe “rediscovered” gold in the Renaissance.

So, why the history lesson? Simple: because it teaches us that citizens’ ability to save is inextricably linked with the fiscal health of their society; moreover, it gives us the perspective to see that we, and the civilisation we hold so dear, are standing on the precipice of a new dark age.

Heist of the Century

When trust in money evaporates, the horsemen of the apocalypse saddle up, and all the indices on quality of life show a sudden plunge. When the Romans debased their coinage, it set society on the pathway to perdition; the US abandoned the gold standard and saw an immediate and profound worsening of societal problems such as debt and divorce, rising rates of obesity and the number of young adults living with their parents.

It’s very difficult for us to see the present in historical perspective, but if we zoom out, we see that governments around the developed world have been conducting a reckless experiment in debt-fuelled spending for half a century. The resulting inflation, coupled with historically-low interest rates, robs everyone of the incentive to save money and dissuades us from investing in our future at all. Why would a business invest in the innovation and skills that ultimately improve everyone’s quality of life? And why would you spend a year getting that MBA if the economy is trashed by the time you’ve graduated?

Inflation is theft, pure and simple, but on a colossal, societal scale. The current cost of living crisis is the result of governments’ decades-long policy of funding their manifesto promises through borrowing and money-printing rather than taxation or belt-tightening. Whether it’s printing trillions of dollars to bail out the banks or engaging in the sort of financial chicanery that would put business owners in prison, governments have pulled off the heist of the century.

If inflation were just about losing money, it would be bad enough. But, by robbing us off of the ability to plan for the future, it makes short-termists of us all. When there’s no point saving for the future, we’re forced to live always in ‘the now’, spending more time working and less doing what we love (or what will allow us to prepare for a better future) as our wealth diminishes with each year that goes by.

The Philosophy of Saving

Socrates said that until rulers become philosophers, the human race would have no rest from evil. But that was two-and-a-half millennia before bitcoin, when only tyrants controlled the levers of economic power.

Bitcoin has an impeccable sense of timing. It wasn’t born during the dotcom boom, but amid the wreckage of the worst recession for generations. This was the exact time citizens had utterly lost faith in the system and their leaders, and were starting their journey to self-reliance. (This trend accelerated during the pandemic: just look at the surge in interest in Stoicism). Suddenly, bitcoin gave them the means to break free from a failing monetary system, and brought back something we thought we’d lost forever: hope. Bitcoin enables us to envisage a future where we have a modicum of control over our destiny, where we can pursue the virtues of self-improvement, self-reliance, autonomy, and making sacrifices in today to build a better tomorrow. Bitcoiners are building their future sat-by-sat, knowing that the money supply is finite, deflationary, and can’t be confiscated by the state.

This incentivises bitcoiners to hold onto their wealth, making it perfectly structured for saving. That’s an important point which non-bitcoiners (and quite a few recent adopters) often ignore: bitcoin isn’t about making a quick buck, any more than a new university graduate expects to be made CEO of a Fortune 500 company. Buying your first amount of sats is simply the first step of a lifelong journey.

Bitcoin not only gives us a reason to be optimistic for our individual lives, but for society as a whole, because when the almighty dollar finally collapses, we can continue saving and transacting in sound money independently of the state. No new dark age, and life goes on.

That’s what we mean when we say bitcoin is much more than currency: it’s the asset that makes the philosophy of saving possible. Were Socrates or Marcus Aurelius alive today, you’d imagine they’d be bitcoiners. It would be wonderful if today’s leaders had a little more philosophy, a little more thought for the future, and that they simply considered the consequences of this headlong pursuit of debt-fuelled destruction.

Oh well. Let the politicians fiddle while Rome burns. Bitcoiners are busy saving for a future that they, and no one else can control.