Bitcoin is decentralised...but, what does that even mean? 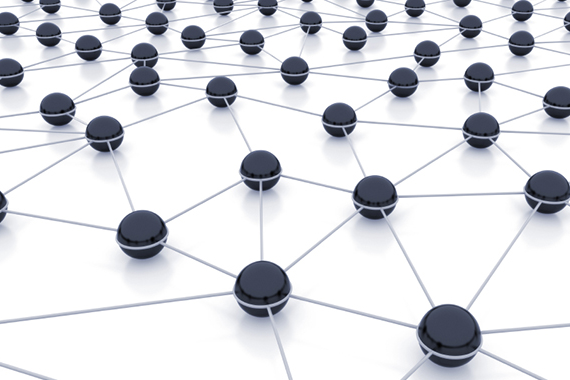 The meaning of decentralisation might seem obvious (it's not). The word, "decentralisation", may even obviously seem like a good thing (which is why it's thrown into the marketing spin of anything cryptocurrency related).

The literal meaning is that there is no centre.

No centre of what though? Of people? Miners? HODLers? Nodes? Exchanges? Wallets?

The answer that matters depends on the context. The context you need to have is that cryptocurrency, i.e. Bitcoin, was invented/discovered initially to allow a money by the people that cannot be shut down by government. In that context, the most important element to be decentralised is the network of Nodes.

Decentralisation of miners is also very important, but in my view, and in the context stated, that is secondary to nodes.

There are 4 main purposes. The first three are node-related, and the fourth is miner-related.

The very reason Bitcoin was invented in 2008, and not sooner, was because until then, no one had come up with how to create money that the government had no capability to shut down.

This was the cypherpunks' aim from a long time ago, and it was the culmination of other achievements over the decades. The cypherpunks:

When Bitcoin was created, it was not decentralised from the beginning. It could have been shut down. It was just Satoshi Nakamoto's computer and Hal Finney's (R.I.P.). But, Bitcoin was not a threat then. Why would any government know about it, or care? So it quietly grew, and more and more people joined the network, by ... RUNNING NODES.

Bitcoin now has the greatest node decentralisation compared to any other cryptocurrency BY FAR. It was purposefully designed so that running a node would not be expensive, and therefore not prohibitive to those who were not wealthy. Today, the cost of running a node is about $300 to $400 plus internet data costs.

A node is literally the Bitcoin Core software which contains the rules of Bitcoin, and a copy of the blockchain (all the transactions from the beginning of Bitcoin's time). Read here to find out in more detail what nodes are, do, and the 6 reasons to run one.

The thing that government needs to do to wipe out Bitcoin is to destroy every single copy of the blockchain - This is what is decentralised. I have a copy. I have many. And many other Bitcoiners do too. And so should you. (If you're not a Bitcoiner, here's why you should be.)

To recap: The nodes are decentralised. There is more than one, and they are geographically dispersed. They cannot be wiped off the face of the planet without wiping out humanity as well.

Changing something with Bitcoin and remaining in consensus is tricky:

If the change is something that doesn't break any existing rules, then people can change that code and still play nicely with the rest of the network. Minor upgrades and improvements to the software fall under this category - for example spelling errors, nicer graphics, better structuring of data on the hard disk etc.

Sometimes the change might introduce NEW rules that are more restrictive (ie old rules are not broken). For example, there is currently an upper limit to the block size - if there was a new rule stipulating a reduction in the block size, this would not break the old rule: It would be called a soft fork, and needs to be done with care so as to not split the network in two. If done properly, those that choose not to update their software are not necessarily disadvantaged; they can continue to run the older code and remain part of the network.

If a new rule is introduced that breaks the current rules (e.g. an increase in the block size, as happened in 2017 which resulted in the creation of Bitcoin Cash - a massive failure), then this is called a hard fork, and basically creates a new chain - an altcoin. Anyone is free to do this, but Bitcoiners are unlikely to unanimously agree and upgrade their nodes. The more users there are who run nodes, the more difficult it is to incorporate unilateral changes that don't split the network and create a doomed altcoin. Basically, you can't unilaterally change Bitcoin - all you'll end up with is an altcoin and a damaged ego/reputation. For an interesting history of the 2017 hard fork, there is an excellent book, "The Blocksize War: The battle over who controls Bitcoin’s protocol rules", which I highly recommend.

Satoshi Nakomoto, the creator of Bitcoin, disappeared in 2011. Since then, Bitcoin has had no "leader" and many many people have joined in, and run Bitcoin node(s).

If Satoshi was around, the US government would have intervened by now. I'm not sure how, but one such way could have been to threaten Satoshi to encourage the development of code that would weaken Bitcoin, or help the government in some way to undermine the people who want freedom or privacy. It is unlikely that people would dare leave the main chain, away from the leadership of the creator.

This is actually the case with Ethereum. Their leader, Vitalik Buterin, has tremendous influence, and it's not clear if the directions he advocates for are coming truly from him, or if he is the puppet of say, The World Economic Forum - There are close ties between the WEF and top level management of the Ethereum Foundation. 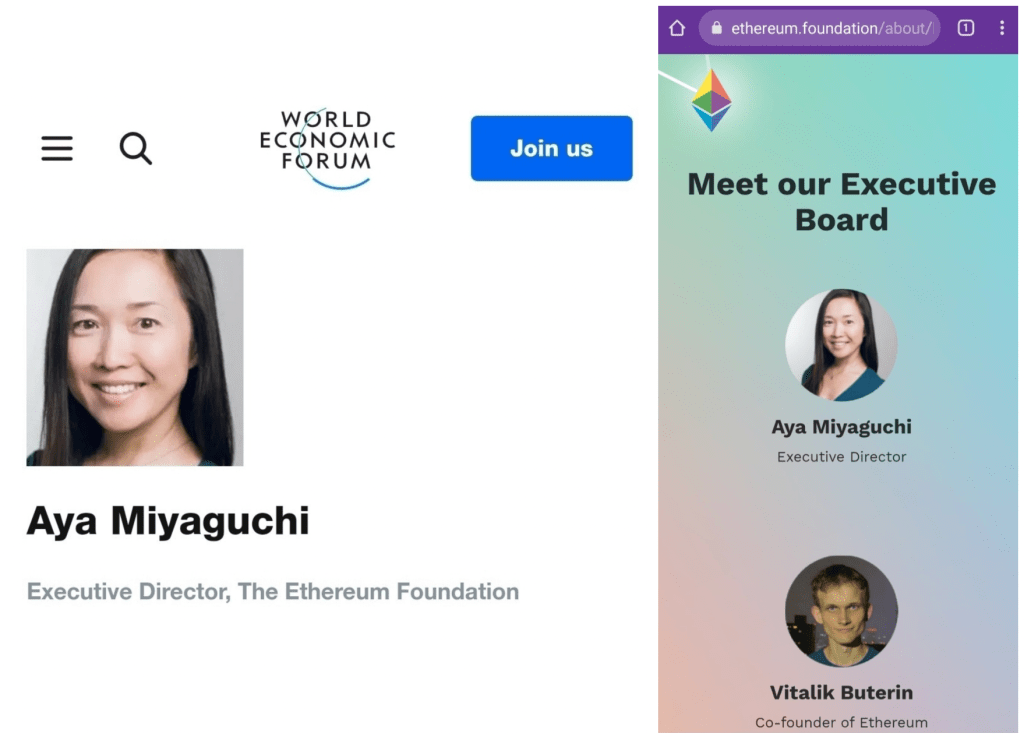 Having a leader (and all altcoins do), even if it is just a spiritual leader, is a weakness, and an important centralised element.

People may run their own nodes all over the world (they don't with Ethereum), but they are unlikely to form a network that all agrees to abandon the leader's wishes. So, with a leader, the decentralisation of nodes becomes almost irrelevant.

Apart from being dependent on a leader, the vast majority of altcoin owners are not looking for unstoppable-money; they are looking to buy-low and sell-high. So the question of running a node to form consensus independently to a leader isn't important to them, and you will receive blank stares when it is discussed.

Apart from lack of interest, another reason many altcoins nodes are not sufficiently decentralised (particularly Ethereum) is that it is prohibitively expensive to run a node, as the extra functionality on the base layer requires enormous computing power (and technical skill to set up and maintain). This results in the majority of "independent" nodes on large server parks, leaving them open to government and legal attacks.

4. Resist censorship and disruption of the validation mechanism

This refers to miners. Ideally, miners should be decentralised in ownership and geographic location.

If many different people mine, in many different countries, it is much more difficult to coerce a majority to the will of a nefarious actor or government. The game theory of mining resists this but it is not perfect.

While lack of mining decentralisation and coercion of the network is very undesirable, it is not a fatal threat to Bitcoin. Bitcoin is anti-fragile, meaning it can adapt and become stronger, but it may not be pleasant living through some types of attacks.

Recently, a large percentage of the mining network was lost suddenly, when China banned Bitcoin mining outright. This led to a temporary slowdown, and recovery of speed within 2 weeks, and several months later, the worldwide hashrate (mining power) surpassed the all time high. This recovery is because any loss of mining power in the absence of a proportional price drop will incentivise miners elsewhere to join and make profit.

In order to carry out censorship and network validation disturbances, an attacker would require 51% of the world's mining power - AT LEAST. The way to achieve this would be to buy or produce an enormous amount of energy and equipment (and outpace, in competition, with the rest of the world), or/and reduce the amount of equipment/energy in the possession of the rest of the world. In fewer words - get more, and destroy the others (physically or legally).

If the rest of the world's equipment is centralised, then that would be easier. Note that energy is decentralised by nature already.

Mining decentralisation is probably sufficient currently. But, no matter how inadequate you may think today's level is for tomorrow's needs, over time, Bitcoin mining becomes more and more decentralised as more people enter the arena.

It's crucial to understand that one person running 100,000 nodes does not strengthen the network, nor does it weaken it. This is because a node is not just the computers running code, but a human brain as well. It is a human that runs a node and can resist rule changes to the money he/she uses. Resisting a rule change with one computer connected to his/her wallet has the same effect as 100,000 nodes available to connect to the same wallet.

I once explored this in detail in a Tweet: